How Did it All Start? A Brief History of Vaping

How Did it All Start? A Brief History of Vaping

How did vaping start?

Vaping was born out of a desire to find an alternative to smoking cigarettes which had for nearly 200 years been linked to cancer and other life-threatening diseases.

Ever since Sir Walter Raleigh introduced tobacco from the Americas in 1586 it has been popular to smoke until the 1960s when people started to be concerned about the effects of smoking and health despite the link between smoking and cancer being made Dr Benjamin Rush who was one of the first to point this out in 1798. Ever since then people have looked at various methods of delivering nicotine without the harmful smoke from cigarettes.

The first recognisable vaping device was patented in 1927 by Joseph Robinson who invented what could be the very first "electric vaporiser," a device which he said was for "medicinal compounds." 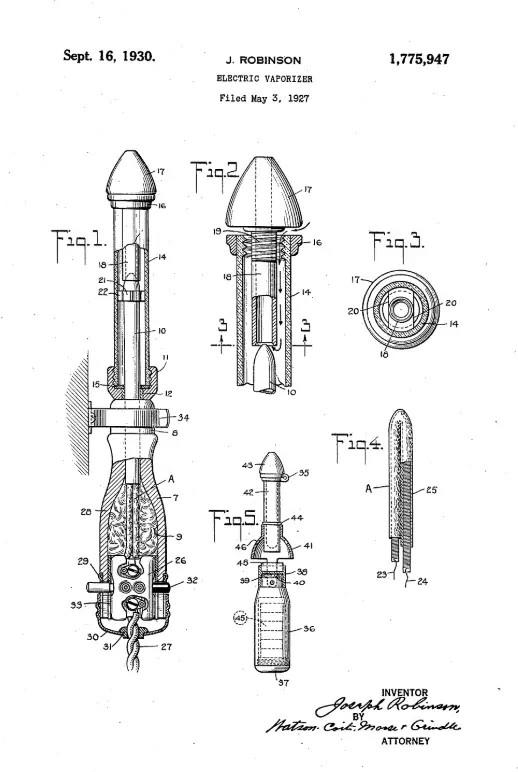 Unfortunately, it never caught on and people continued to smoke. It wasn't until 1963 when Herbert Gilbert, invented what he called a "smokeless non-tobacco cigarette,"  that a viable alternative to smoking was available, but unfortunately, he couldn't find any manufacturers who were remotely interested in manufacturing the product. 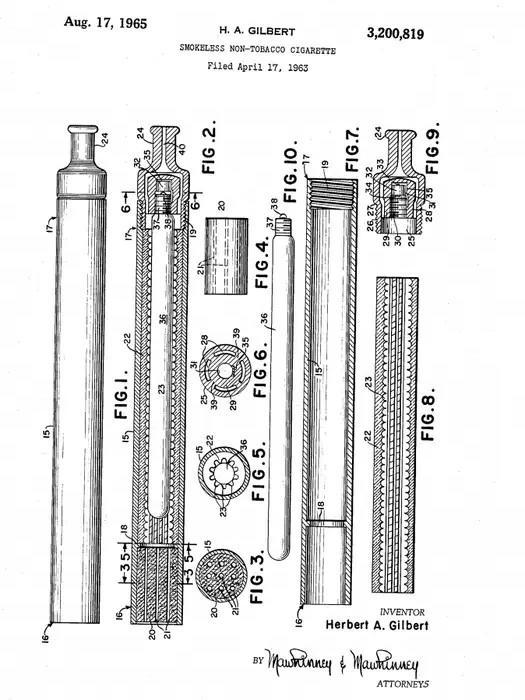 Gilbert was a scrap metal dealer and a regular smoker and came up with the idea of a small metal cylinder which contained a liquid that could be warmed up by a battery producing a vapour which could then be inhaled. He also came up with a choice of flavours for the liquids which included mint, rum and his personal favourite cinnamon.

This early attempt to market an electronic cigarette was followed by many other unsuccessful devices like that of Jed Rose who had earlier invented the first nicotine patch. From his laboratory in UCLA Jed Rose experimented with something which he called "distilled smoke" along with Frederique Behm. Unfortunately, it was as Rose himself said: "before its time".

It wasn't until 2003 when a Chinese smoker and pharmacist called Hon Lik invented what is known today as the e-cigarette. 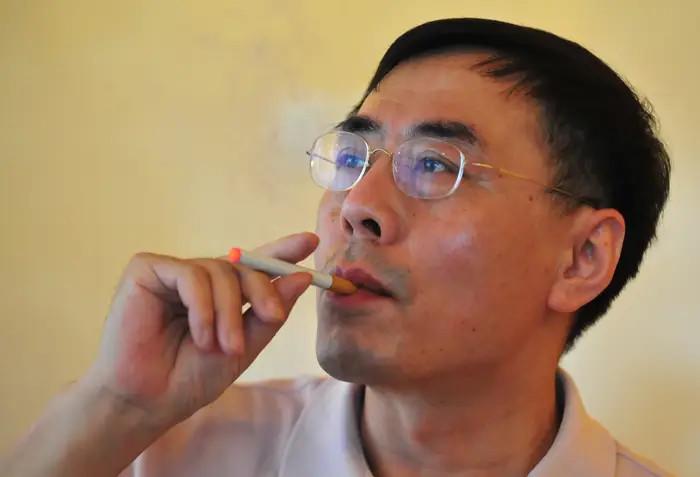 Hon Lik was spurred on to invent his e-cigarette after his father had died from cancer-related to smoking. Being a heavy smoker himself he believed that if he replaced the harmful smoke from cigarettes with a vapour it would help him. Hon Lik continued to refine his initial design, making it smaller and more practicable to use whilst continually improving the heating element to produce better vapour. A year later he obtained a patent for his design in his home country of China.

A few years later, roughly around 2006 e-cigarettes which had already proven to be hugely popular in China and Asia found their way to Europe and the UK.