Probably the most asked question about vaping. Is vaping safe?

Many fake stories regarding the safety of vaping have appeared on the internet creating anxiety and adding to the difficulty of making an informed decision. 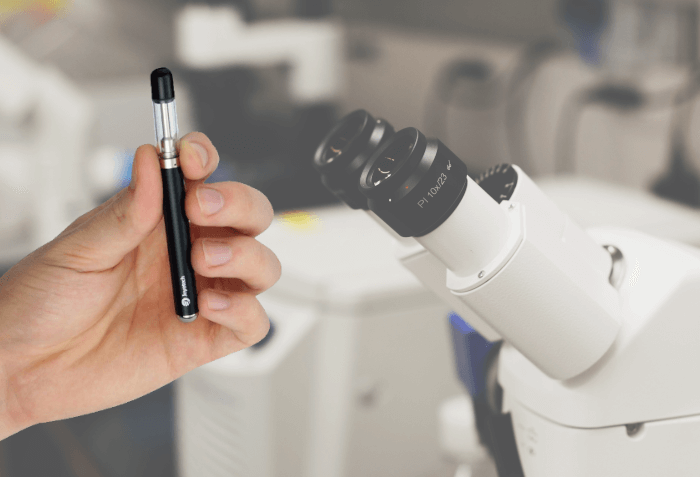 In this article, we will endeavour to expose some of the myths surrounding the safety of vaping.

Fact: A lot of people think nicotine is very harmful, but in fact, it's the thousands of other chemicals in tobacco smoke that cause almost all of the harm from smoking. (NHS)

Fact: E-cigarettes are far less harmful than smoking cigarettes and can help you quit. (NHS)

Fact: Many thousands of people in the UK have already stopped smoking with the help of an e-cigarette. There's growing evidence that they can be effective. (NHS)

Fact: E-cigarettes do not produce tar or carbon monoxide, two of the most harmful elements in tobacco smoke. (NHS)

Fact: The liquid and vapour contain some potentially harmful chemicals also found in cigarette smoke, but at much lower levels. (NHS)

Fact: There's no evidence so far that vaping causes harm to other people around you. This is in contrast to secondhand smoke from smoking, which is known to be very harmful to health. (NHS)

Fact: Vaping can be used as an effective tool against vaping. (Yorkshire Cancer Research)

Fact: Vaping may be less harmful to your blood vessels than smoking cigarettes. Within just one month of switching tobacco for electronic cigarettes, measures of blood vessel health, including blood pressure and stiffness of their arteries, had started to improve. (British Heart Foundation)

Fact: You are not alone. According to a 2019 YouGov survey, more than 3.6 million adults in Great Britain use e-cigarettes – 7.1 per cent of the adult population. Of these users, 54 per cent are ex-smokers, suggesting they are helping people to stop smoking. (British Heart Foundation)

Fact: Vaping products in the U.K are highly regulated by the TPD (Tobacco Products Directive) and the TRPR (Tobacco & Related Products Regulations).

At Which Vape? We strongly recommend purchasing your vaping products, like e-cigarettes and e-liquids, from a trustworthy source selling only genuine products from dependable manufacturers.

We require you to verify your age before can you continue.