Public Health England has just published its sixth independent report that was commissioned from researchers at King's College London which reveals that over half of the smokers in the UK believe nicotine vaping products are equally or more harmful than smoking despite, as we mentioned in an earlier blog, US vaping deaths being caused by substances banned in the UK.

In it, the report also warns that a similar ban on flavoured liquids here in the UK could deter some smokers from switching to e-cigarettes completely.

Many senior experts including Professor John Newton, director of health improvement at Public Health England have expressed concerns over how much the reports of US lung disease outbreaks are effecting smokers' views on e-cigarettes here in the UK. Citing that "safety fears may well deter many smokers from switching, leaving them on a path to years of ill-health and early death due to their smoking". The report also confirms the vitamin E-acetate, a thickening agent added to cannabis vaping liquid, was a primary cause of the US outbreak. As mentioned in our earlier blog, this substance is banned in the UK.

The stance of PHE is that "e-cigarettes are far less harmful than smoking, which causes 220 premature deaths a day in England". Their advice remains unchanged, that "for anyone who smokes tobacco, the most important thing is to stop smoking altogether and e-cigarettes can be an effective way to help smokers do that".

Many medical and industry experts have welcomed the report as it confirms that the gross misinformation surrounding the safety of vaping has affected smokers' perceptions about the use of vaping products as a safer alternative to smoking. This is also born out by the figures that show that the number of current smokers who have not tried vaping products has remained steady at 37%.

The cancer charity 'Cancer Research UK' also welcomed the report and said in response, "While e-cigarettes are a relatively new product and we still don't know their long-term impact, research so far shows that vaping is less harmful than smoking tobacco and can help people stop smoking". 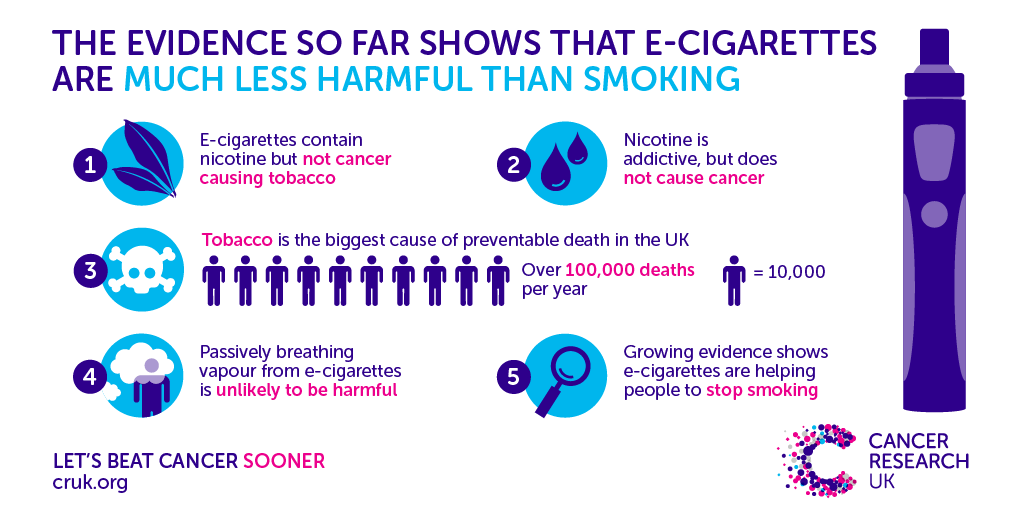 One other factor that came out in the report was the need for improving the enforcement of age-restrictions on e-cigarettes. We at Which Vape strongly support and welcome this move, as do both, the IBVTA and UKVIA.