People Caught Vaping While Driving Could Be Banned!

People Caught Vaping While Driving Could Be Banned!

I recently saw this headline and like many others, I had to take a second look. I know headlines are designed to be click-bait, so let's take a look at what's really behind this statement. 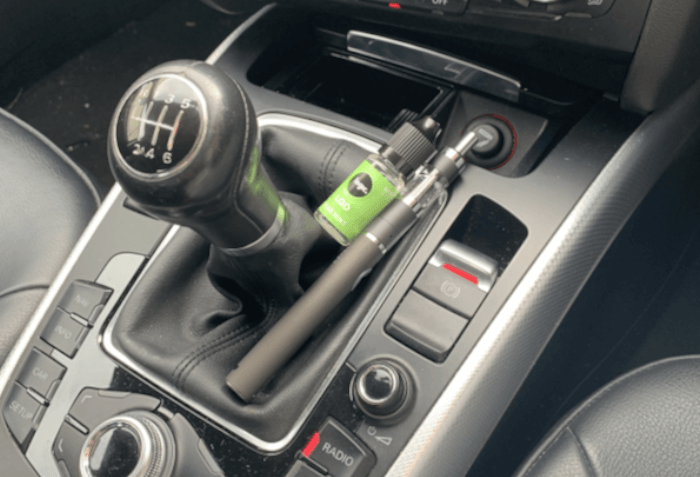 It has been reported that this message has come from senior police officers who have warned drivers that they could be fined or even lose their licence if caught vaping while driving. The reason behind this statement is that vaping certain devices can produce large amounts of vapour, (vape clouds) which could obscure a drivers vision, which is potentially dangerous and could lead to prosecution for driving without due care and attention.

Penalties for this charge could include a ban from driving on the roads, points on your licence, or a fine of up to £2,500.

Despite the strong warning, no laws prohibit the use of vapes whilst driving, however, they emphasise that you do need to be in full and proper control of your vehicle at all times. It was also pointed out that any person who is distracted in any way, whether it is smoking, vaping or even eating could be guilty of an offence.

The following advice, which is pretty much common sense, is to open a window and to blow the vapour directly out, therefor preventing your view from becoming obscured. We would also add, that using a discreet vape kit or e-liquid that produces less vapour will help alleviate the problem of large clouds while you are driving.

Fact: It is not illegal to vape whilst driving.

Fact: Being distracted whilst driving is an offence (eating, drinking, smoking, using a  mobile device, even operating your sat-nav, not only vaping).

Fact: Driving without due care and attention isn't an automatic ban.

Fact: Using a vape kit or e-liquid that produces less vapour would be safer when driving.

Fact: There are e-liquids designed to produce little, or no vapour.

Fact: Smoking in a vehicle with anyone under the age of 18 has been banned since 2015. It is currently still legal to vape in a vehicle.

We would always recommend that you vape with consideration to others, and drive safely.