Quit Smoking Today - How to - A personal guide

Quit Smoking Today - How to - A personal guide 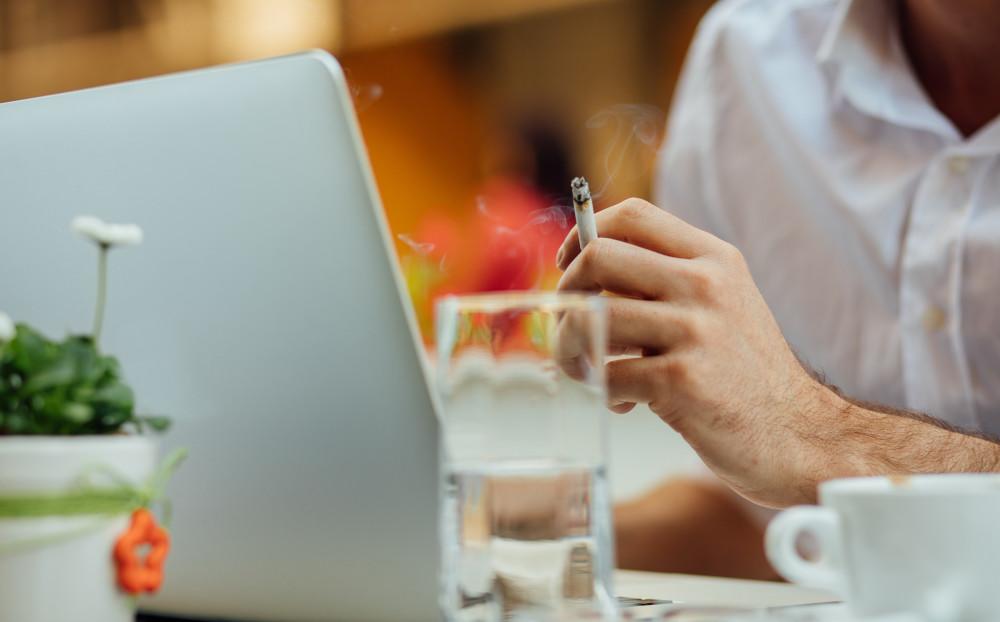 We all know that trying to quit smoking isn't easy. I know, I've been there myself. However, it's not impossible with over 2.5 million UK smokers giving up the habit with the aid of vaping.

The hardest part about giving up smoking is the addiction to nicotine, the other problem is that if you've been smoking for any length of time it's also a psychological habit. It's part of your routine and part of your social activity, think, having a pint down the pub with your friends or a cigarette break at work.

Probably the first step is to consider how you're going to overcome your craving for nicotine which is highly addictive. The obvious solution, other than trying to go 'cold turkey' is to find a safer way of getting your nicotine. There are many options on the market, I tried most of them when I was trying to give up smoking. Not all of them will work for you. For example I found that the patches made me itch and caused a reaction. I found that the taste of the gum wasn't to my liking and the nicotine delivery seemed a  little too harsh.
The option that did work for me was vaping for a number of reasons which I'll go into during this article.

Believe it or not, giving up smoking can change the way you interact with people. For example if you're a social smoker then you'll find that you may miss going for a cigarette with you friends while you're on a night out, or meeting up with colleagues during cigarette breaks at work.
You may not realise it but smoking will have become totally entwined into your routine, from getting up in the morning until the time you go to bed.
For example, when you wake up in the morning what's the first thing you do... a cup of coffee and a cigarette? Surprisingly, even just holding a cigarette or simply opening a new packet of cigarettes and getting that waft of fresh tobacco as you lift the lid. Sound familiar?

Some people are lucky and can do it on their own. Not easy if you're always surrounded by people who smoke. For most of us, the time to consider getting help is usually triggered by an event. A death in the family from cancer, as in my case, or maybe it's a new addition to the family or simply the fact that you've tried a number of times and this time you want to make it work.
If you search the internet you'll find many self help groups dedicated to helping you quit smoking, most of them are sponsored by your local council or supported by your local health authority.
Personally I'd start by speaking to my doctor, your doctor will probably have a 'quit smoking' campaign running at the surgery and will be able to put you in touch with free 'quit smoking' groups. You'll also be able to speak to your doctor about the various nicotine delivery methods.

Once you've decided on a course of action, commit yourself to it. If you've chosen to quit smoking with the aid of a support group.. go!
Identify what triggers your need for a cigarette? The obvious triggers are not surprising really, for example as already mentioned that first cigarette with your coffee in the morning, being around other people who smoke, socialising with your friends down the pub with a cigarette and a pint. Other not so easy to identify triggers are stress related, whenever I got stressed or angry I'd reach for a cigarette. It's easy to advise avoiding stressful situations but sometimes you just can't. On a personal note I realised that in those situations that it wasn't really the nicotine I craved at that point, it was simply the act of going for a cigarette to get away from the situation.

Other things that helped me was letting people around me know that I was serious about quitting, you'll be surprised how much support you'll get from friends and family. I also made a rule to not smoke in the car, I started by giving the car a good clean out, replaced the air fresheners and used the ashtray as a coin holder. It's also law now that you can't smoke in the car if you have young children travelling with you. The car now smell much nicer and is easier to clean, you don't get that brown residue of the windscreen when you wipe it and the headliner is white.. surprise, surprise.

How does vaping fit into this?

Firstly, lets start by saying that despite all the negative press (mainly from the US) regarding the safety of vaping, both the NHS and Public Health England agree that vaping is 95% safer than smoking. I'll be doing another blog soon looking in-depth at the various myths surrounding vaping.

What are the benefits of vaping, at a glance?

Vaping like all the other substitutes is a delivery system for nicotine. Delivering nicotine as and when you want it, in a dose that suits you. Unlike most other substitutes, vaping also helps overcome a large number of the psychological aspects of smoking. Vaping is similar to smoking, you inhale and exhale just like smoking, you have something in your hand just like holding a cigarette. Surprisingly two things that people miss the most when they quit smoking.

What are the cons of vaping?

Ok, I'm sure there are probably more that you could add. However for me and the 2.5 million that quit through vaping, the benefits far out-way the cons. Most importantly is the fact that we've all quit smoking, I feel the better for it.