The Benefits Of Vaping vs Smoking

Is vaping a healthier Alternative? 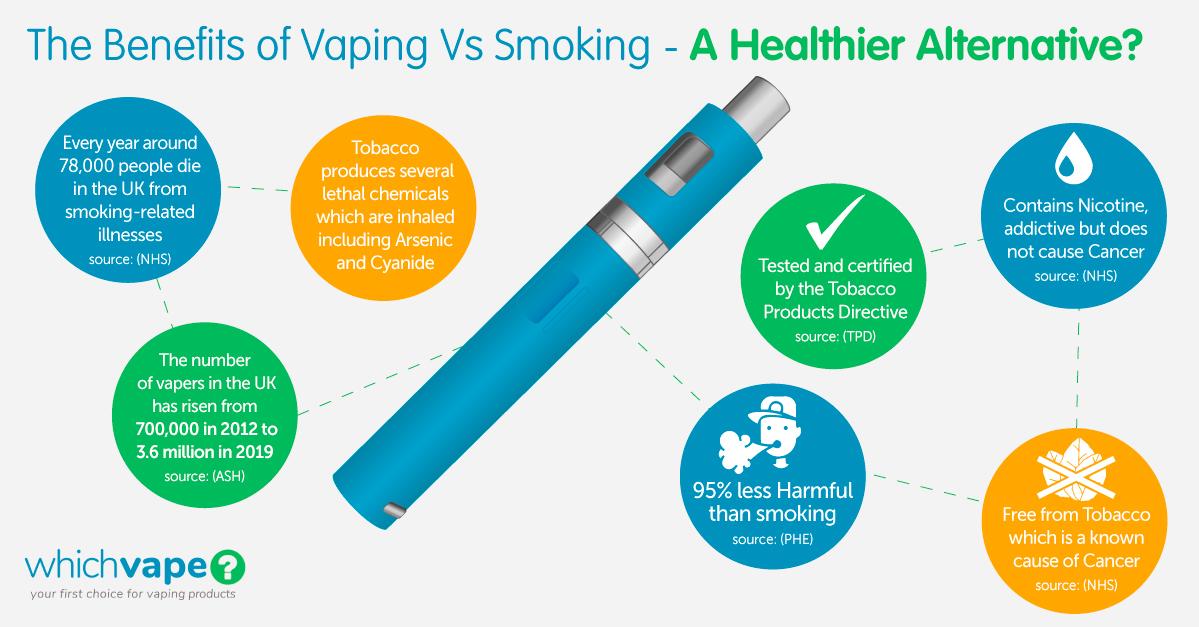 The Simple Answer is... YES!
With the current COVID-19 Virus epidemic taking its toll, it is more important than ever to quit smoking. Medical experts are advising that smokers are most at risk from the virus. By switching to vaping you will considerably reduce the risks to your health.

Public Health England (PHE) maintains that vaping is 95% less harmful than smoking. It is the most popular aid to quit smoking in the UK with 65%–68% of people who used e-cigarettes as part of their cessation program succeeded in quitting. Public Health England also released a video to best illustrate the difference between smoking and vaping. Recent deaths and lung diseases attributed to vaping have been linked to the use of vitamin E-acetate, a thickening agent used in marijuana vaping liquids. This chemical along with many others are banned for use in the UK by The Tobacco Products Directive ensuring that vaping products are as safe as is possible. The number of people vaping in the UK has risen from around 7,000 in 2012 to 3.6 million in 2019, nearly half of the number of people who still smoke.